If Repour doesn’t wow the most experienced wine experts, it’s not good enough for anyone else. So the team at Repour in the US engaged wine experts to test and review the wine saver, and from the beginning, their feedback has been strong and positive: Repour would provide significant benefit to restaurant and bar owners by saving opened bottles of wine they have to throw out today, and by allowing them to offer more wines by the glass. Moreover, Repour was designed as a “quick pour” solution, saving on premise managers valuable serving time. In short? Repour will save them a lot of money while improving the guest experience. Who wouldn’t love that?
Kevin M. Vogt., M.S., is a celebrated Master Sommelier, wine & spirits judge, lecturer, writer, and wine producer. In 1999 Mr. Vogt was the 88th person worldwide to be named to the Court of Master Sommeliers. For twenty years he served as the Wine Director and Sommelier for Chef Emeril Lagasse’s restaurants in Las Vegas. Mr. Vogt is an acclaimed Wine Judge and was recognized with a Wine Spectator Grand Award in 2004 for his wine list at Delmonico Steakhouse. Only 88 wine lists in the world have achieved this merit of excellence. In 2005 Mr. Vogt produced his own wine, Mastery, a highly regarded Napa Valley cabernet sauvignon. Since 2016 he has been the Vice President and Partner at Wine Country Connection, an online retailer, wine shop with tasting bar in Yountville, CA. Mr. Vogt has this to say about Repour:
We pour over 70 wines by the taste and by the glass in our wine shop and tasting room in Yountville. Before using Repour, we were wasting quite a bit of wine. The Coravin is not optimized for pouring two ounce pours over a long period of time, so when bottles would get below 1/2 full, they would start to oxidize and we would have to use them quickly or lose them. Since we started using Repour in July, our lost wine on bottles we use a Repour on have dropped to nearly zero. Thanks for creating such a brilliant product. 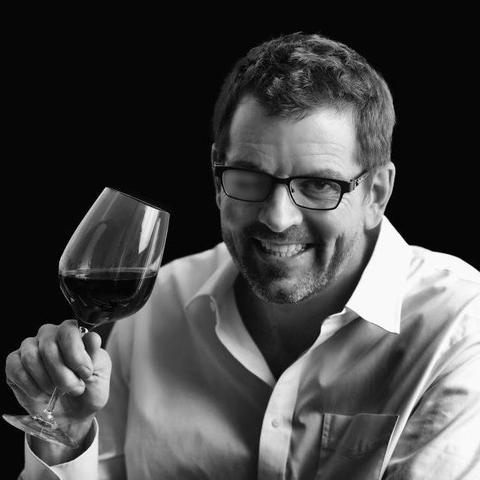 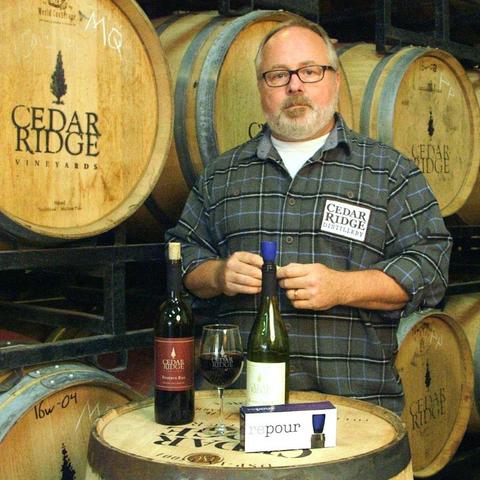 Jeff Quint, Owner of Cedar Ridge Vineyards, was one of the first to field test Repour in his tasting room and loved it:
Here at Cedar Ridge our restaurant closes every Sunday and we don’t re-open until Wednesday. In the past that meant every Sunday we had to pour out hundreds of dollars of wine. Now, with the Repour Wine Saver, we simply replace the corks with the stopper when we leave here on Sunday. When we come back on Wednesday the wines are as fresh as they were when we opened them.
Michael Meagher, Master Sommelier (MS) and Principal, Sommelier On-Demand Hospitality Services
Everyone with restaurant experience knows the sad sorry of a great bottle of wine being opened for a glass pour, then it gets sent to the purgatory of hanging around the backbar, going unsold for a few days. Until one day the cork is pulled and sadly the remains of that bottle have to be poured down the drain, or sent to the kitchen for cooking, as it’s just a shadow of the greatness that it once was. The fact that Repour brings spoilage down to nearly nil, in and of itself is a really big deal.

But I think that the real, irreparable damage comes when that three day old wine doesn’t get dumped, instead it finds its way into a glass and frightenly sent a guest’s table. That guest sniffs, sips, and quietly thinks that “huh, that doesn’t taste good to me” or even worse “wow, this is a bad glass of wine.” At that point, that glass does more harm to a restaurant in terms of reputation, experience, and trust, than the financial hit of spoilage.

I’ve worked on and advised dozens of restaurant teams in my career and a strong, reliable BTG program is critical to the long-term survival of an establishment. This is where Repour shows its true value to me. No longer does a restaurateur or manager have to worry about that oxidized glass of wine being served, as every glass preserved under a Repour stopper is as fresh as if the bottle were opened just moments before.

Until now, I’ve never been able to recommend a reliable and truly economical option for wine preservation that can be used by service teams of all ability levels. Simple, inexpensive, yet clearly effective, Repour is an elegant solution to a costly problem. 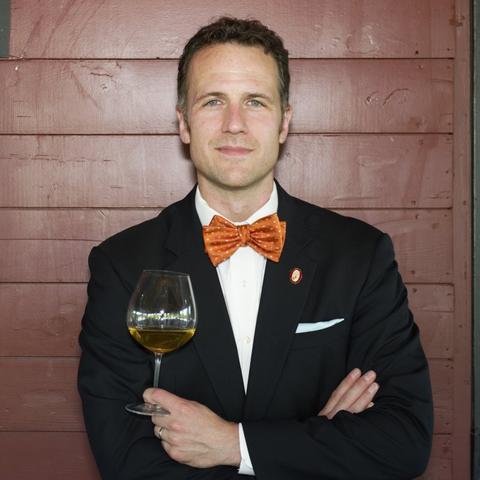 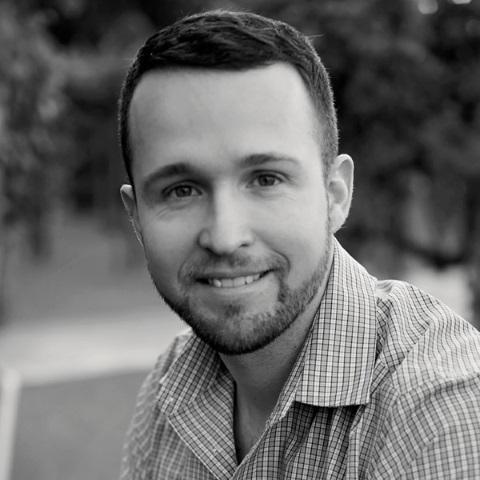 Will Costello, Master Sommelier (MS) and Estates Ambassador, Bien Nacido and Solomon Hills Estate Wines
After 6 weeks of testing Repour on a number of different wines, and using the skills I have learned over my career as a Master Sommelier, I can say Repour is one of the most astonishing products I have seen in over 10 years. I use the word astonishing exactly to its definition; “extremely surprising or impressive; amazing.

I tested Repour on 10 Year old White wines, fresh Pinot Noir, Chardonnay, Torrontes, Red Burgundy, Old Bordeaux…you name it. And, every one of them stood up to the test. The most amazing part is, the wines are so fresh after the second and third pour, they actually need to breathe again. It’s like the Benjamin Button of Wines; They get younger and fresher each pour.”

I worked at a restaurant for most of my career, which was open 5 days per week, and we had 22 wines by the glass. Each Saturday those bottles would be emptied as the wine just wouldn’t hold up over the weekend. We poured hundreds of dollars down the drain every week. With Coravin, the capsules were too costly and the service was clunky. Repour solves each of these problems easily. Repour will literally revolutionize a Wine By The Glass program and save wineries hundreds of dollars per year in lost product. Imagine every restaurant or winery with a “slow day” of the week or even a mid-week closure, being able to preserve all of their open bottles, and come back later to wine that is even fresher than the day it was opened.

From my professional standpoint as Estates Ambassador for Bien Nacido and Solomon Hills Estates, I open expensive wines every week. I always have 5 bottles open and I often have plenty of wine leftover. I end up opening a set of bottles each successive day, because I want our wines to show as perfectly as intended. Repour gives me the chance to preserve the wine overnight and into the following days, saving hundreds of dollars on sample costs over a week. And for pennies. I could see this revolutionizing the way fine wine is presented in the market.

I did the following processes to find these results.

I opened fresh bottles and poured approx. 3.5-4 oz out of each bottle. I immediately resealed the bottles with a repour, and placed it in my wine fridge standing up. I repeated this weekly and kept track of all dates on the bottle. I repeated until the last pour was gone. This means I opened the bottle a total of 7 times. I tested the following bottles fresh: 2006 Fevre Montee de Tonnere, 2013 Brewer Clifton 3D Pinot, 2014 Topa Mountain Bien Nacido Chardonnay, 1982 Ch. Figeac, Canvasback Cabernet 2012 MAGNUM, 2012 Seghesio Home Ranch Zinfandel and 2010 Damilano Barolo.
I used repour on bottles which were opened for 24-36 hours and had approx. half of the wine gone. 2012 Bien Nacido Syrah, 2012 Bien Nacido Pinot, 2014 Solomon Hills Chardonnay (used after a sales trip when the wines were open and tasted all day).
In every single instance, the wine not only tasted exceptional the second, third and fourth time etc, but it tasted “fresher” than the day it was opened. Sometimes, in the instance of the Topa Mountain, a relatively low alcohol Chardonnay with little oak, it had to open up again because it was so fresh.

I can see the value of repour in so many instances. BTG programs with high end wines, tasting menus, Chef’s Tables, Distributors and samples, Suppliers and Samples, Tasting Rooms, Concert Venues, Catering, Consumers.

I know for one I am going to use them on every single sales trip I go on. I can cut my samples in half, if not by a third, and save our winery cases of wine and hundreds of dollars a year. And for only pennies to the dollar per repour. The fact that even when the bottles have been opened for a whole day, they still work was the kicker for me.

Repour Conducted a Blind Taste Test with Sommeliers, and It Passed with Flying Colors

While extensive consumer and wine expert field testing prior to the Sommelier blind test had given the Repour team confidence that their wine saver really does work, they were nonetheless delighted with the results from our first official Sommelier blind taste test: All Sommeliers found Repour to be effective and would recommend it for preservation of wine in both a restaurant and a home setting.